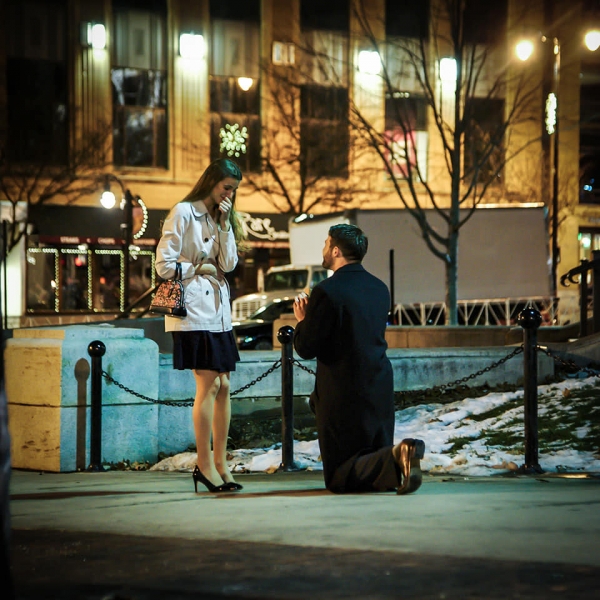 Alumni, Peter Augelli and his fiance, Genevieve Kearns met at the Madison Farmers market. Peter was helping at a booth. When Genevieve came up to talk to him a couple of times, he asked for her number. The couple has been dating for about 14 months (first date was August 31 2018). Peter proposed on November 9, 2019. They are currently in the process of setting a wedding date.

Peter lives in Madison, Wisconsin. He graduated with a degree in Industrial Engineering. Peter now works at TASC as their Senior Process Advisor. Gen graduated UW Madison in May, 2019 with a dual degree in Mathematics and Physics. She is finishing up an intern as an optical engineer for the University Hospital, and is looking at continuing a career as an optical engineer or going for an Optical Engineering PhD. 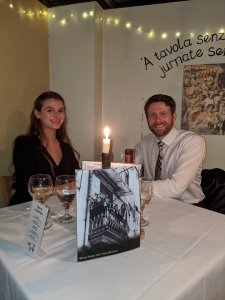 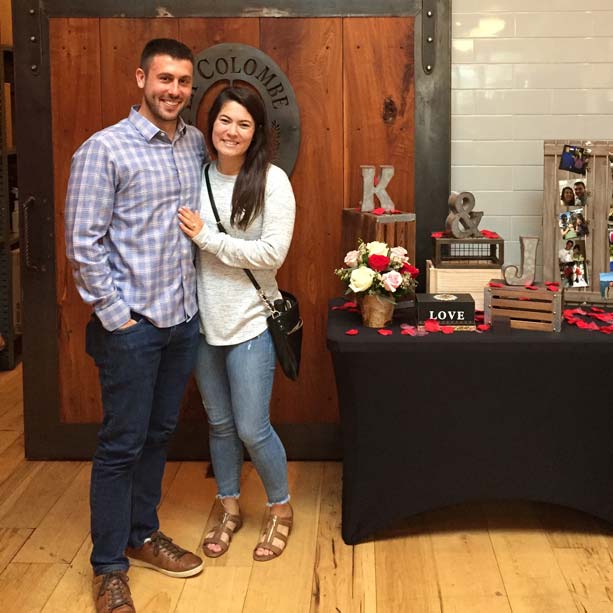 Alumni, Katie Shiro and Jon Hatcher first met at the University of Illinois where they both played on the ultimate frisbee teams. After graduation in 2012, Katie was playing on a mixed club ultimate team that needed players, and Jon agreed to fill in for a tournament. That tournament sparked 6 years of dating before Jon proposed.

In October 2018, Katie and Jon flew to Chicago for Jon to run the Chicago marathon. The day before the marathon, Jon surprised Katie at La Colombe in Chicago, one of the couple’s favorite places to spend time together, with flowers, pictures, and a proposal. That night, Jon surprised Katie with dinner with family and friends.

The couple currently reside in San Francisco where Jon is in his 3rd year of law school at UC Hastings, and Katie is a software engineer at Airbnb. 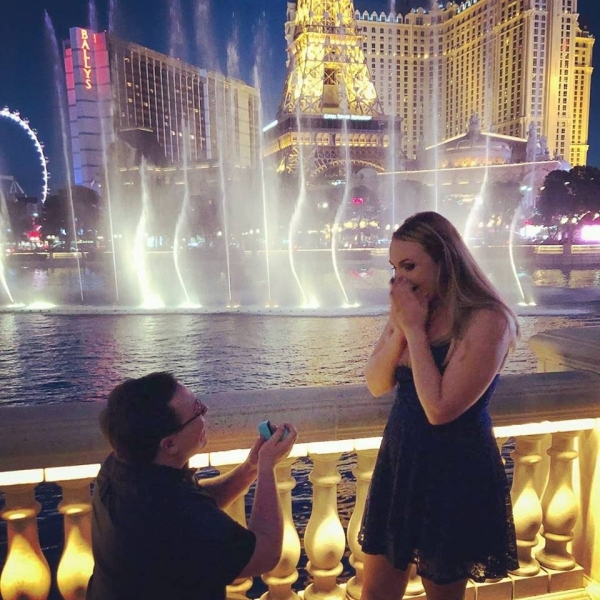 Congratulations to alumni, Ian Crawford and his fiance, Amanda Anderson, on their engagement!

Ian and Amanda met in their graphic design class at the end of Ian’s sophomore year in college. They started dating a couple months after and dated for 3.5 years until Ian proposed in December, 2018. Ian proposed in Las Vegas in front of the Bellagio Fountain while Cher’s “Do You Believe in Love” was playing.