A few years ago, I had one of my favorite camp parents call to tell me that his daughter, who had been attending camp for several years, would not be able to attend that year. Why? Because he wanted her to attend summer school. Now, I knew this wasn’t a child that was struggling in school. In fact, she was a straight A student and a very high-achieving young lady. 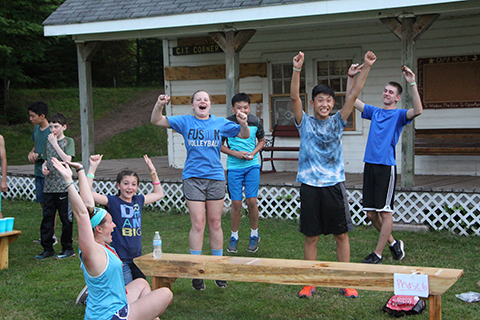 He told me that it was time for her to focus on academic advantages and she should stop “playing around in the lake all summer”. I asked him to think about his own career trajectory (he was very successful) and whether it was solely his academic knowledge that helped him rise in his field. Or, could it be that his ability to lead and communicate with others had given him the leg up?

I suggested that his daughter had approximately 42 weeks of the year to focus on academics. Couldn’t she have a few weeks to focus on her leadership and social skills? He listened thoughtfully and replied “I will give this some thought. I will call you tomorrow.”

True to his word, he called back the next day with the news that his daughter would attend camp for four weeks that summer.

“In play, children learn to make their own decisions, solve their own problems, create and abide by rules, and get along with others as equals.” – Peter Gray, Free To Learn